IOS 14 - Apple Announced New Designs, Widgets for all its Devices

The first highlight of the presentation was the notable redesign of the iOS 14 platform, which improved the aesthetics and experience of the widgets, which can now be added to the iPhone's main screen. In addition, a new functionality called “Application Library” is released, in which applications, such as folders, are compiled automatically but in a more visual way. 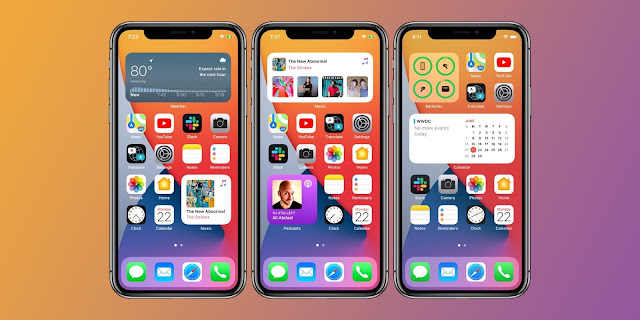 Regarding widgets, they are similar to the part on the screen provided on the Apple Watch, with different data, sizes, or ways of displaying information. They also change throughout the day and can be added between folders.

Another newcomer is the “Photo Image” function

which has been used on the iPad and is now coming to the iPhone. Similarly, Siri has updated its visual mode and is now less invasive, showing a kind of balloon at the bottom when invited, and an 11-language translator for the device has been announced, which can also be used offline to the Internet.

At its conference, Apple also announced improvements to iMessage, with an update similar to Telegram or WhatsApp. Apple maps including electric vehicle points and bike routes (not available in all countries) and a highly anticipated tool for CarPlay where it is possible to simply unlock the car with the iPhone.

It will be available on a BMW model starting next month, although it will start reaching other manufacturers next year.

Meanwhile, the App Store announced the news. The ecosystem, according to a study, will contribute 519 billion dollars in sales and billing worldwide during 2019, with a new functionality called "App Clips", a small part of the application that allows users to download it faster, very Useful when you need to add a service, but we don't want to waste time downloading the entire program. They can be exchanged for messages via Apple Messages, QR code, Apple Maps, or a new type of Apple-generated code that is read when you move your phone. They take less than 10MB and integrate Apple Pay to allow for quick payment, which also allows the user to download the full application if they wish. 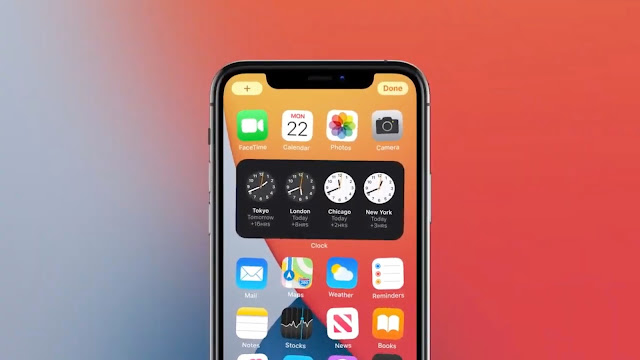 IOS 14 is compatible with iPhone 6s and later, which means:


The iPad's turn adds widgets, an aesthetic update to Apple Music, Siri, a less invasive call-to-action screen, search enhancements, and new features for Apple Pencil, the smartpen. You will now recognize handwriting and print it, you can choose phrases like plain text, change color, or add more space.

Another cool update came from AirPods, one of the latest flagship products, which added an automatic switch between devices, allowing them to connect to the iPad when starting a video call or the iPhone when receiving a call. Plus, they include a feature that mimics an immersive movie-like experience, and the use of the accelerometer to stabilize sound depending on where our heads move.

For its part, the Apple Watch will add more personalization to its covers, which can also be shared; The improvements on the map, many exercises to choose from and the long-awaited sleep tracking function, is something that is only possible thanks to the app stores. Also, considering the current pandemic situation, a feature has been added that is automatically detected when we wash our hands. The watch can "hear" the sound of water, and with the accelerometer and a timer, we are forced to maintain good hygiene.

Other updates also come with HomeKit, the home-connected platform, and Apple TV. IOS 14 for all devices will arrive later this year.

Finally, Apple has announced that it will replace Intel processors with the same chips used in the iPad and iPhone. The move, CEO Tim Cook explained, will take nearly two years, but users will benefit from increased graphics power, privacy, artificial intelligence enhancements, and more.

The decision had to do with Intel's competition over AMD and how it was achieved and, ultimately, on several occasions; better integration between hardware and software; And the fact that a single platform for many devices will make all systems work well and can share content as they do today, but with more possibilities. According to Apple, developers can now begin work on adapting their applications, including the new Big Sur operating system, which also has a new design, for macOS.