Admin
Monday, July 27, 2020
Facebook Twitter
Alexa has become a familiar voice if you are a user of any of the many and varied compatible devices. For starters, you can use Alexa on your smartphone through its official app, but it's also on the latest versions of Fire TV and on smart speakers or Echo devices.

And although at first Alexa only spoke English, over time she has learned other languages, such as Spanish, French, German, Italian, Chinese, or Japanese. In short, you can understand with Alexa in your language or in another language. You choose. What's more, you can choose between geographic variants of the same language, such as English from the United Kingdom or English from Canada, as well as Spanish from Spain or Spanish from Mexico.

We tell you the fastest way to change the language of Alexa on your Echo and compatible devices in order to understand Alexa and let Alexa understand you.

From the Alexa App

Thanks to the Alexa application, available free to download on iPhone and Android, you can communicate with your Amazon personal assistant but also manage all compatible devices and elements. From speakers to lighting to sound devices, plugs, thermostats ...

Thus, instead of fighting with the configuration of the Echo device in question, you can make the changes you think necessary directly from the mobile app. As simple as installing it, adding the device, selecting it and going to its configuration options.

How to Change Language of Alexa on Echo and compatible devices


First, open the Alexa app. Then head to Settings or Devices. There you will see the list of paired devices. If you can't find yours, you can easily add it. Remember that they must both be connected to the same Wi-Fi connection and also be logged in with the same Amazon user. 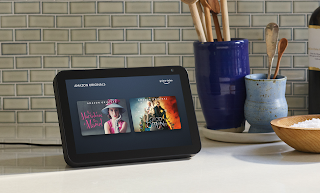 Once you select the device to change the Alexa language to, go to Language. There you will find the languages available depending on which device you have. Choose the one you want and save the changes by clicking on the corresponding buttons.

As a curiosity, in the latest versions of Alexa, you can also ask the Amazon assistant to speak more than one language. As simple as asking for it by voice. For example, if you tell him to speak in Spanish, that will be his default language. But if you tell her to speak English and Spanish, she will answer you in one language or another depending on the language you speak to her.